Half of the 10 destinations the Society of American Travel Writers recommends for holiday lights are in the Southeast.

SATW members compiled a list of 10 destinations with light-up-the-night displays that might be lesser known than destinations such as Times Square in New York but still very much worth the trip.

The five destinations in the Southeast: 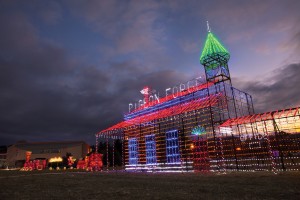 A train station in lights is one of the big Winterfest displays in Pigeon Forge, Tenn.

The other five scatterered around the country:

Here’s a link to the list and event descriptions: ow.ly/gb4wS