SANTA ANA, California – There’s more than one mouse to visit when you go to Southern California. The internationally recognized Big Mouse, of course, is named Mickey, and he’s in Anaheim. The not-nearly-as-well-known Little Mouse is in Santa Ana and definitely is worth finding, too.

The Big Mouse has Cinderella’s Castle and an encounter with Pirates of the Caribbean, while the Little Mouse has baguettes, macaroons in a dozen flavors, colorful fruit tarts, and croissants that would make you slap your French mama. 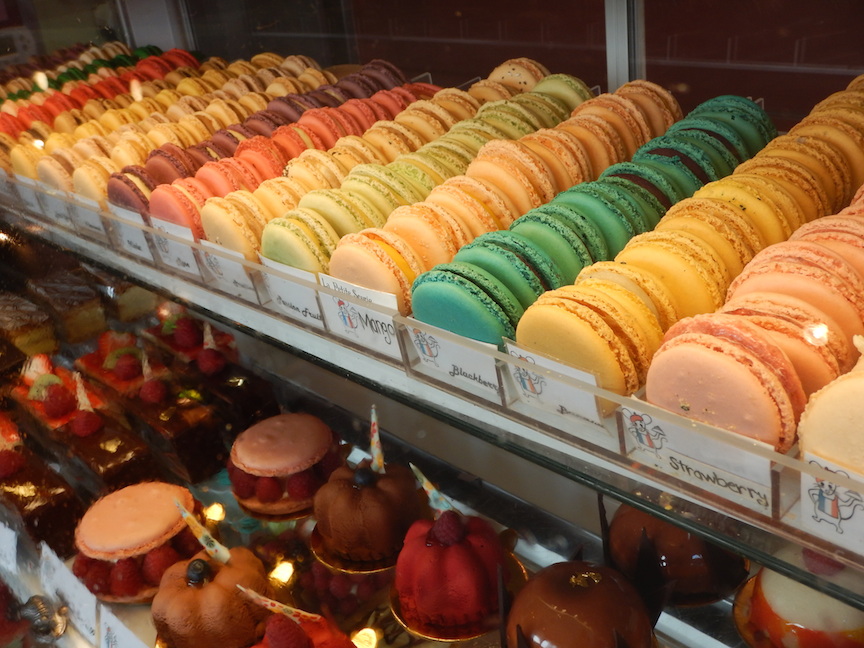 A rainbow of macaroons and fruit tarts brighten the pastry case. (Photo by Tom Adkinson)

La Petite Sourie (the Little Mouse) is a tiny French bakery that’s an anomaly at one end of a collection of strip mall fast food establishments. It’s off W. MacArthur Blvd. near South Coast Plaza.

Without being tipped off, you’d not even notice La Petite Sourie, located as it is next to Pick Up Stix for Asian food, Wing-Stop for chicken wings, Subway for sandwiches, and Philly’s Best for cheesesteaks. In a world of ubiquitous fast food, there stands a genuine French bakery. 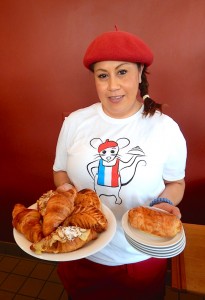 Make a croissant the first course at breakfast. (Photo by Tom Adkinson)

It’s the domain of baker Christian Chereau, a slim man with sparkling eyes and a big smile. Reading his bio on the bakery’s website is an exercise in French awards and world geography. Chereau has worked in and owned bakeries throughout France and in Morocco and Vietnam. In 2012, he packed his spatula and headed for California.

He fills a spacious display case at La Petit Sourie every day with carefully crafted fruit tarts and a rainbow of macaroons, offers crusty baguettes ($1 and $2), and somehow manages to prepare omelets, soups, quiches, and salads, too. Then, in the middle of the night, he starts all over again.

It seems an inordinate amount of work, but he explains it all with a shrug, a smile and this comment: “It’s small, it’s busy, it’s fun.”

It’s also worth all the calories you can consume. 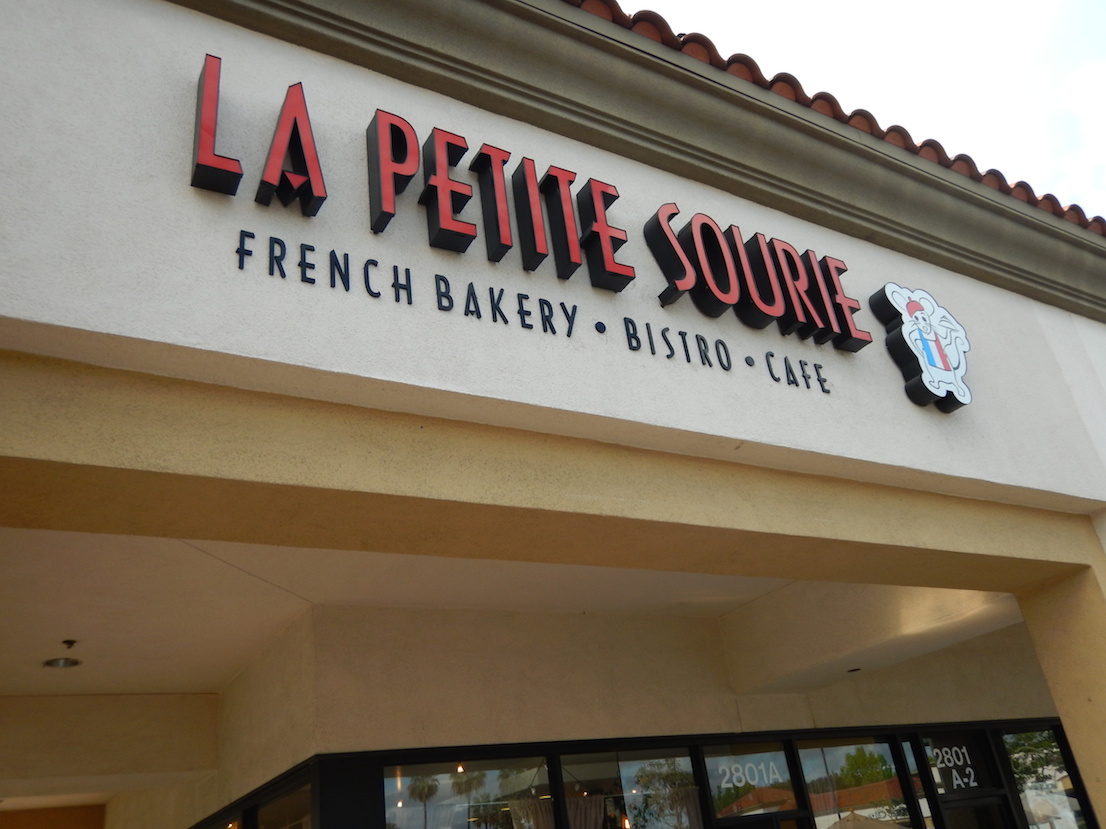 La Petite Sourie is the lone independent in a strip of franchise restaurants. (Photo by Tom Adkinson)