JEKYLL ISLAND, Georgia – The purpose of the Whiskey, Wine and Wildlife festival is to provide a respite from winter, but the just-completed W3 2017 (February 12) proved instead to be a celebration of spring. Temperatures climbed into the mid-70s, sweaters gave way to golf shirts and beachcombers enjoyed unexpected opportunities for sandy strolls.

If the daytime highs had been where they usually are – the low 60s – W3 still would have been a hit, and that’s reason enough to start planning a trip to Georgia next February.

Even normal weather would be fine for a Saturday afternoon of food tastings, whiskey sampling and some up-close and personal encounters with sea turtles, snakes and alligators. (All of the critters had human handlers.) 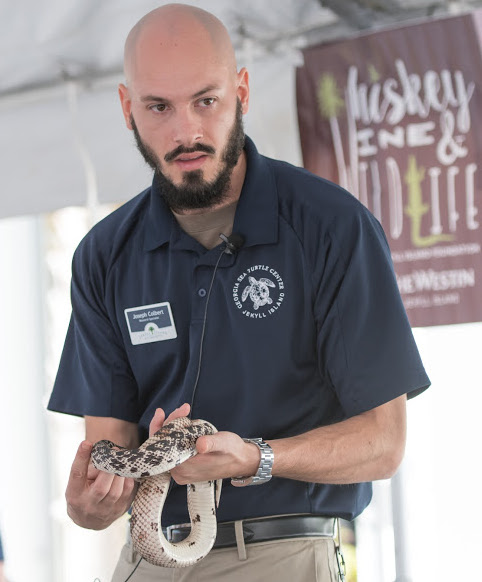 All animals had human handlers and many admirers. (W3 photo)

This year, visitors got to judge wings prepared by some of the South’s top barbecue masters and to cast votes in a cocktail contest in which bartenders started with Coopers’ Craft bourbon and improvised from there. 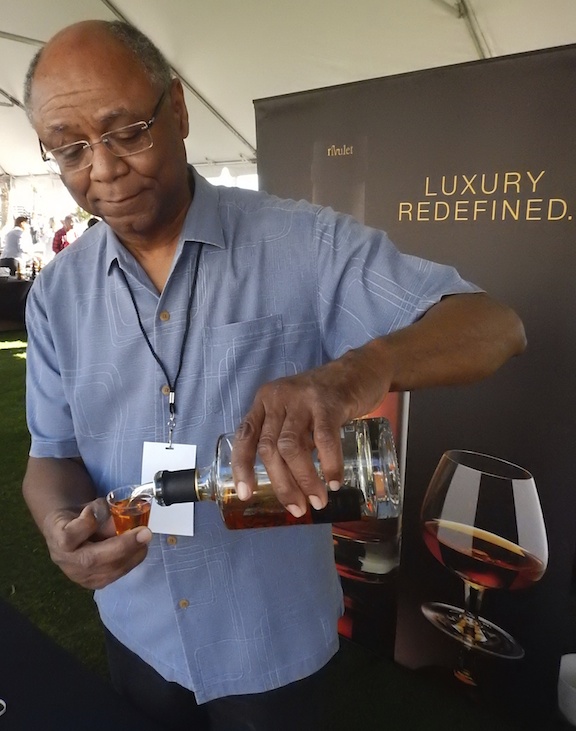 Distillers from across the Southeast served samples. ({Photo: Tom Adkinson)

In addition, there were cooking demonstrations (“Not Your Mama’s Pork and Greens” drew a big crowd), a wine tasting presentation from two sommeliers and three sessions about Jekyll Island’s wildlife. 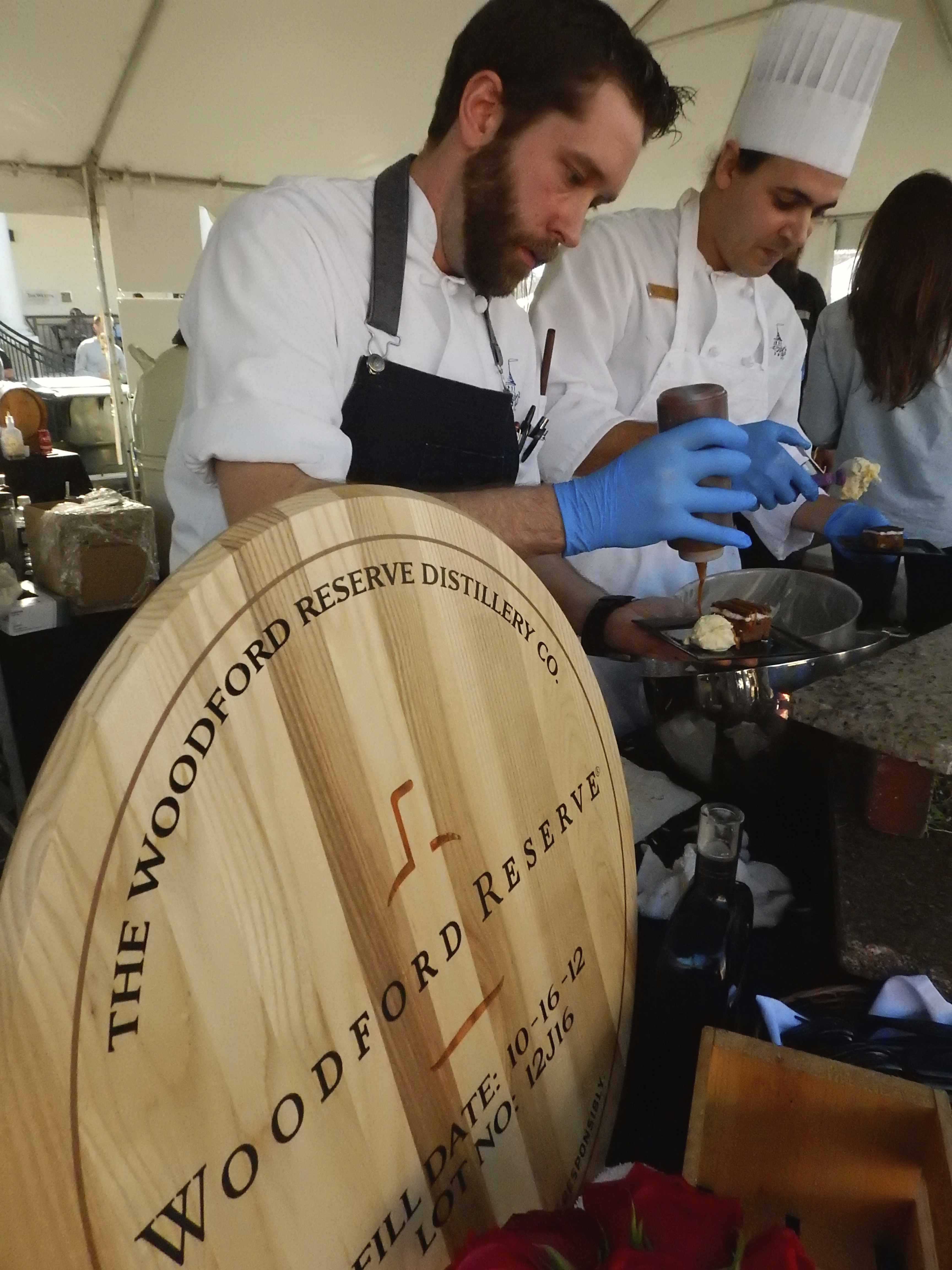 Some of the distilled spirits were central ingredients in edibles. (Photo: Tom Adkinson)

As much fun as the guests had, it was the snakes, sea turtles and alligators that actually benefitted from the festivities, along with the historic preservation efforts on the island. That’s because the weekend raised funds for the Jekyll Island Foundation, which works on conservation, education and historic preservation projects across the island.

A quick history: Jekyll Island is a barrier island between Savannah and Jacksonville, Florida, that was known to Native Americans, named by colonizer General James Oglethorpe and eventually used in the late 1800s as an exclusive hunting club by families with names such as Rockefeller, Morgan and Pulitzer. In 1947, it became a Georgia state park, which made it accessible to everyone not named Rockefeller, Morgan and Pulitzer. 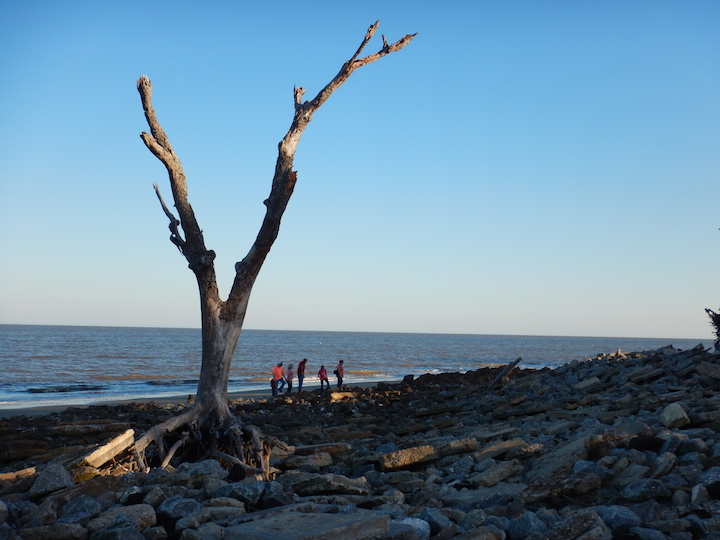 Jekyll Island’s beaches were an attraction beyond the food and drink. (Photo: Tom Adkinson)

The island has an intriguing mix of accommodations, everything from camping to mid-range hotels to the beachfront Westin Jekyll Island to the historic Jekyll Island Club. It’s the Westin where W3’s Saturday festivities, along with classes, an opening wine dinner and a blowout Sunday brunch, occur.

Dates for Whiskey, Wine and Wildlife in 2018 are February 8-11. Consider getting hungry, thirsty and curious about then. 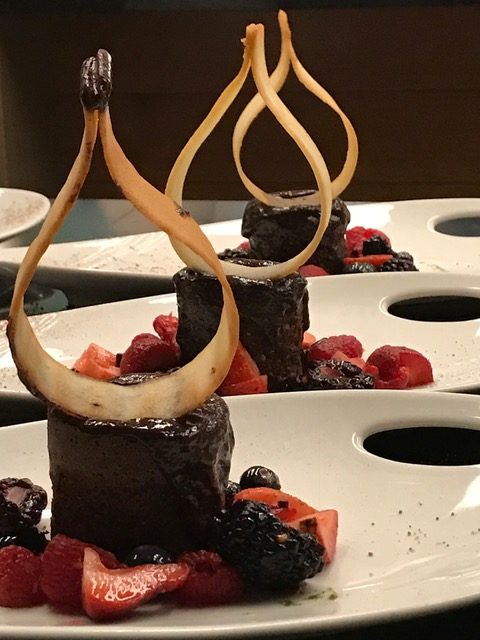 Desserts fancier than anyone makes at home were a highlight. (Photo: Tom Adkinson)

This entry was posted in Uncategorized. Bookmark the permalink.