Six Attractions Along the QLine in Detroit 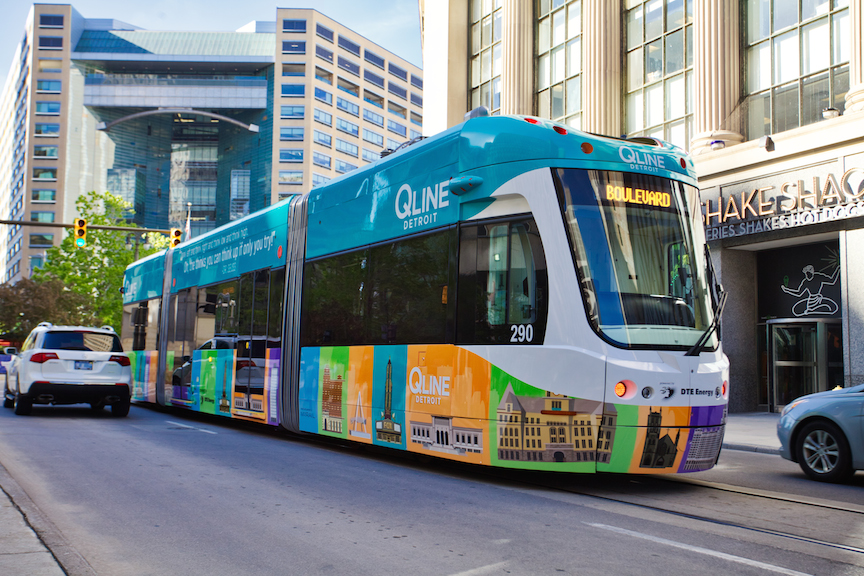 Detroit’s QLine is is getting visitors and locals moving on Woodward Avenue. (Photo by Bill Bowen)

DETROIT, Mich. – The most popular wheels in Detroit today aren’t made of rubber and aren’t attached to shiny automobiles rolling off assembly lines at Motor City plants. They are the steel wheels underneath the carriages of the QLine, the city’s new foray into mass transit.

In one sense, the QLine is simple. It’s only on one street, and it’s only 3.3 miles long, but the impact it is having for visitors and locals alike is substantial. Along its route are sport facilities, theaters, restaurants, a medical center, a major university, retail location (including one that’s making Detroit shine) and restaurants.

What’s impressive – besides quick trips in sleek-looking cars – is that the QLine is a major transportation project led and funded by private businesses and philanthropies in partnership with local, state and federal governments.

The route is up and down Woodward Avenue, a main thoroughfare through the middle of the city. Just past one end are the Detroit Riverwalk and its views to Windsor, Ontario, and at the other end is West Grand Boulevard.

Here are six attractions along the way.

This Tiger roars at Comercia Park along Detroit’s QLine. (Photo by Tom Adkinson)

Sports Galore – Regardless of the corporate sponsor, Comercia Bank, it’s difficult not to think of Comercia Park as Tiger Stadium, home of baseball’s Detroit Tigers. It’s smack-dab downtown, and immediately behind it is Ford Field, home of the NFL’s Detroit Lions. The almost-finished Little Caesars Arena will be the home of the NHL Detroit Red Wings and the NBA Detroit Pistons. Can you say sports mania?

Fox Theatre – This 5,000-seat palace was among the five spectacular Fox Theatres built in the 1920s (others in Atlanta, Brooklyn, St. Louis and San Francisco). It was fully and grandly restored in 1988 and is a National Historic Landmark. On the fall calendar are Paramore, Sturgill Simpson, a touring production of “Kinky Boots” and a holiday run of “How the Grinch Stole Christmas! The Musical.” 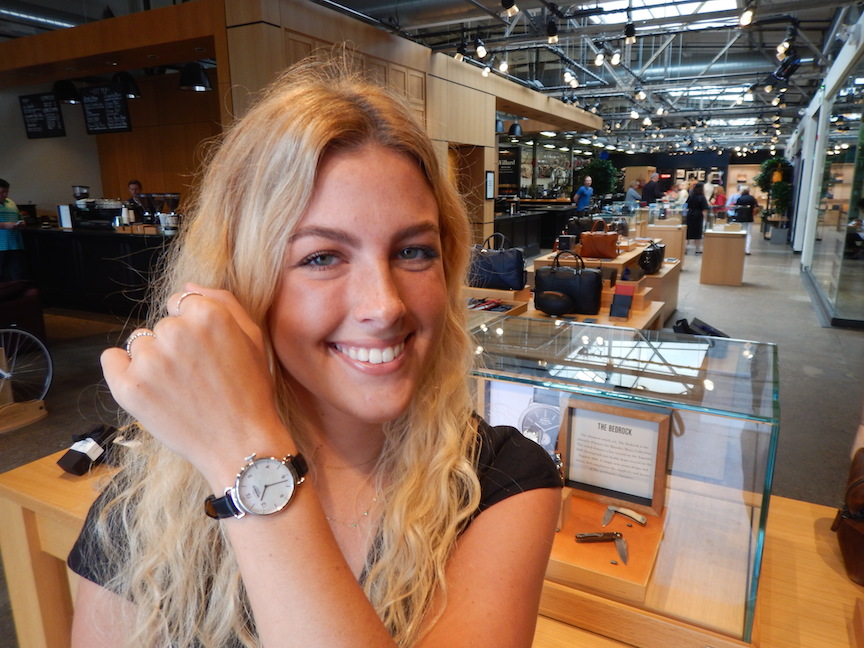 Save your nickels and dimes for a Detroit-made Shinola watch. (Photo by Tom Adkinson)

Shinola – Surely you know this is a brand of American-made luxury goods, not a shoe polish. There’s a great story at the Shinola store just a block off Woodward Avenue, even if you’re not in the market for a handmade watch, a sleek bicycle or plush leather goods. It’s simply nice to see top-quality goods from a company that’s been on a mission since 2011. 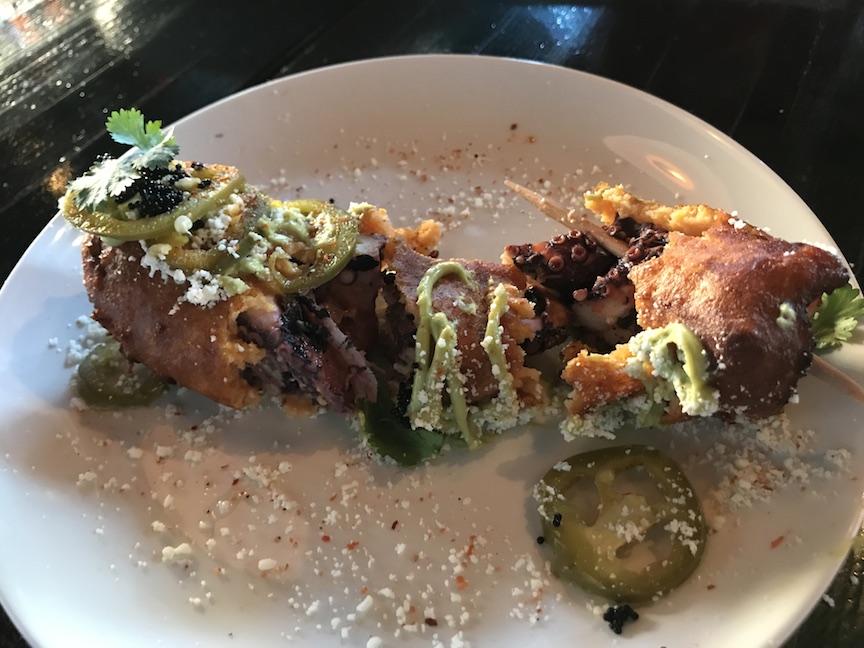 Grey Ghost – Great food in a reviving location is the attraction at Grey Ghost, an instantly successful restaurant that opened in 2016 between the Brush Park and Midtown neighborhoods. The beer and whiskey selections are hefty, and the chefs sometimes are quite sly – that corndog on the appetizer menu doesn’t have a frankfurter in the middle; it’s really octopus. 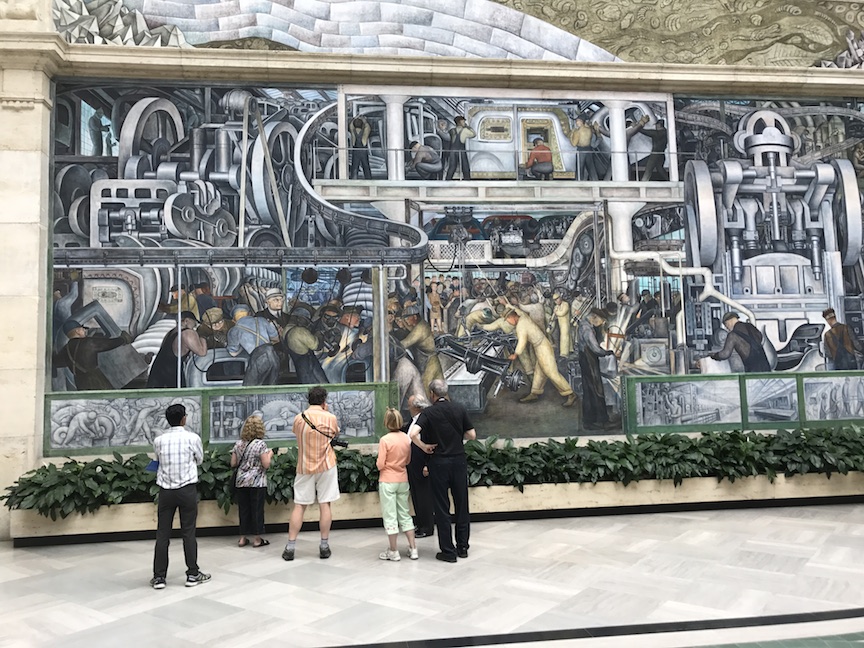 Detroit Institute of Art – Go to the Detroit Institute of Arts to see its amazing Diego Rivera murals that tell the stories of Detroit’s industrial past and stay to roam through gallery after gallery of 65,000 works of art from the earliest civilizations to the present day. It is an encyclopedic collection that never could be consumed in one visit.

Visitor information about all aspects of Detroit is at VisitDetroit.com.

1 Response to Six Attractions Along the QLine in Detroit