Keeping the Trains on Time at Tweetsie Railroad 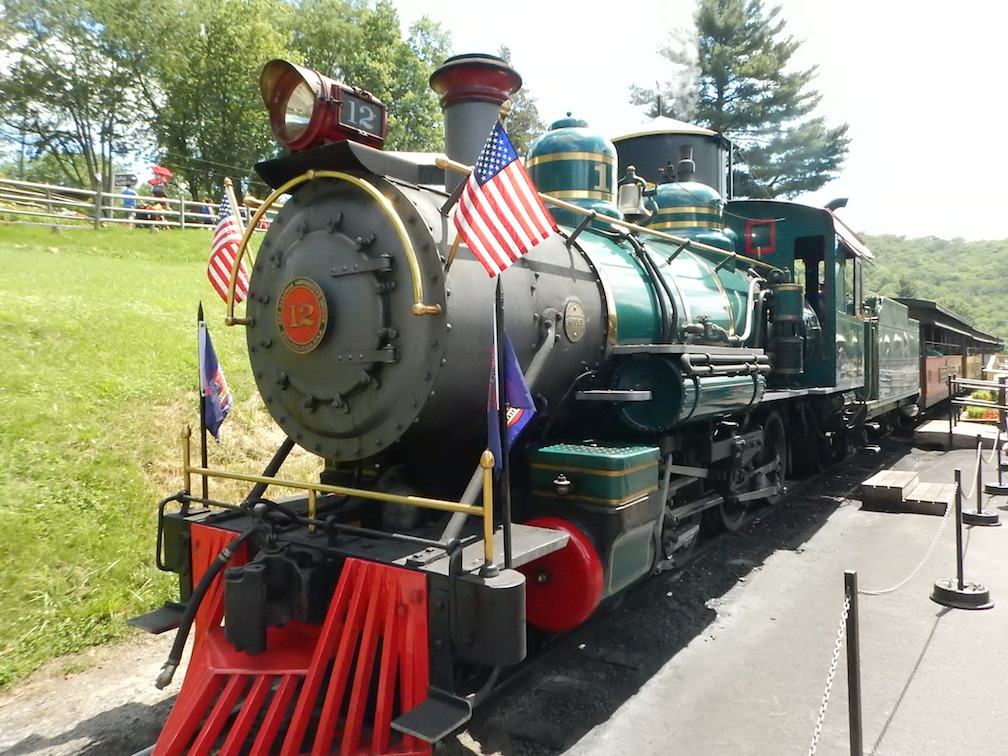 Locomotive No. 12 is the only surviving engine from the East Tennessee & Western North Carolina Railroad, which operated from 1882-1950. (Photo © Tom Adkinson)

BLOWING ROCK, N.C. – Scott McLeod has had a dozen or more jobs at Tweetsie Railroad, including cowboy actor, pyrotechnician and haunted house designer, but he’s hanging on to the one he has now.

He supervises the train shop that keeps Tweetsie’s two locomotives rolling through the hills and hollows of the Blue Ridge Mountains near Blowing Rock and Boone, N.C.

This is a big year for McLeod because it’s the both 60th anniversary year of the western-themed park and the 100th birthday of the park’s biggest attraction, locomotive No. 12. No. 12 the only surviving locomotive from the real-life East Tennessee & Western North Carolina Railroad that stopped chugging through the mountains in 1950. 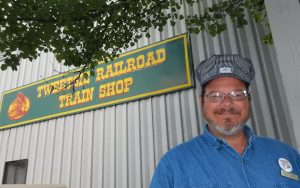 Describing No. 12 as the park’s biggest attraction is literal. It may be a narrow-gauge locomotive, but it’s still hefty and powerful. It rolled out of the Baldwin Locomotive Works in Philadelphia in 1917 measuring 54 feet long and weighing 60 tons.

No. 12 and the younger No. 190, also built at Baldwin in 1943, carry passengers in open-air coaches on a three-mile loop multiple times a day. You can ride as many times as you like, watching the scenery go by and laughing along with a very campy show featuring cowboys, train robbers, Indians and frontier soldiers. 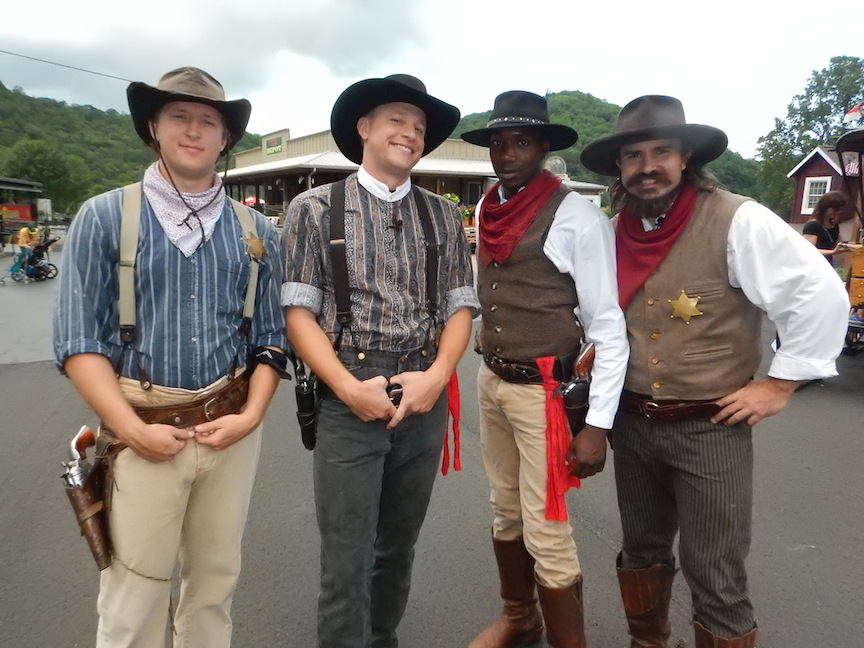 Cowboys in North Carolina? Why, sure, since they are characters in the comedic train robbery skit at Tweetsie Railroad. (Photo © Tom Adkinson)

In addition to train rides, the 200-acre park offers 14 very child-friendly rides and six shows. One of the shows features high-kicking mountain clogging and pays tribute to nearby Tennessee by featuring “Rocky Top” as the closing dance number.

There are a classic carousel and an open-air chairlift, both ideal of family photos of children, parents and grandparents. At the highest point in the park is a place for the children to feed goats, deer and other animals.

McLeod says he never had to perform in the clogging show or herd goats, but he’s dedicated enough that he’d try if called upon. Instead, he’d rather work on No. 12 or No. 190 or offer help to owners of steam locomotives across the U.S.

“They send wheel assemblies, air compressors, brake components, drive wheels, road and more to us to work on,” McLeod said, adding that the Tweetsie shop has done full restoration jobs on locomotives, although those are less common.

When the East Tennessee & Western North Carolina Railroad, which once connected Johnson City, Tenn., with Boone, N.C., went out of business in 1950, locomotive No. 12 was bought by railroad enthusiasts in Harrisonburg, Va. Their idea for a tourist attractions got derailed, and Blowing Rock native Grover Robbins Jr. brought it back home in 1956 and opened the Tweetsie Railroad attraction in 1957. That grew into North Carolina’s first theme park. 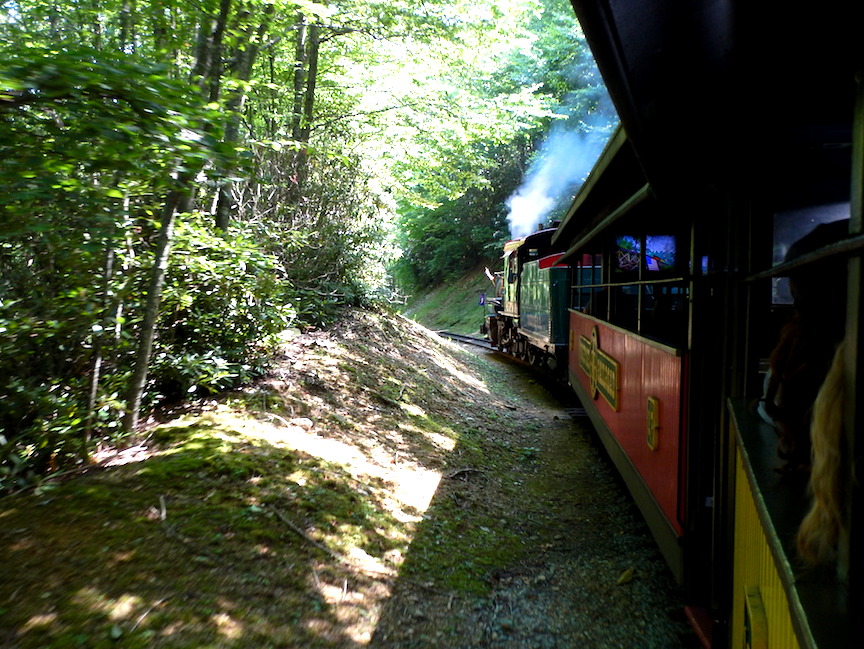 Locomotive No. 12 pulls open-air coaches on a three-mile loop through the wooded hills of Tweetsie Railroad. (Photo © Tom Adkinson)

“Every day I’ve been around No. 12, I’ve wished it could talk and tell me stories about the people who have been on it over the past century. With proper care, No. 12 will run indefinitely,” McLeod said.

Tweetsie Railroad is open weekends in spring and autumn and daily in summer, and it will have its first Tweetsie Christmas season this year on Friday and Saturday evenings from Nov. 24-Dec. 30. Tweetsie Railroad is a member of Southern Highlands Attractions, a collection of 20 classic tourist attractions, including See Rock City, Luray Caverns and the Barter Theatre.