Dogsledding Where the Dogs Speak French 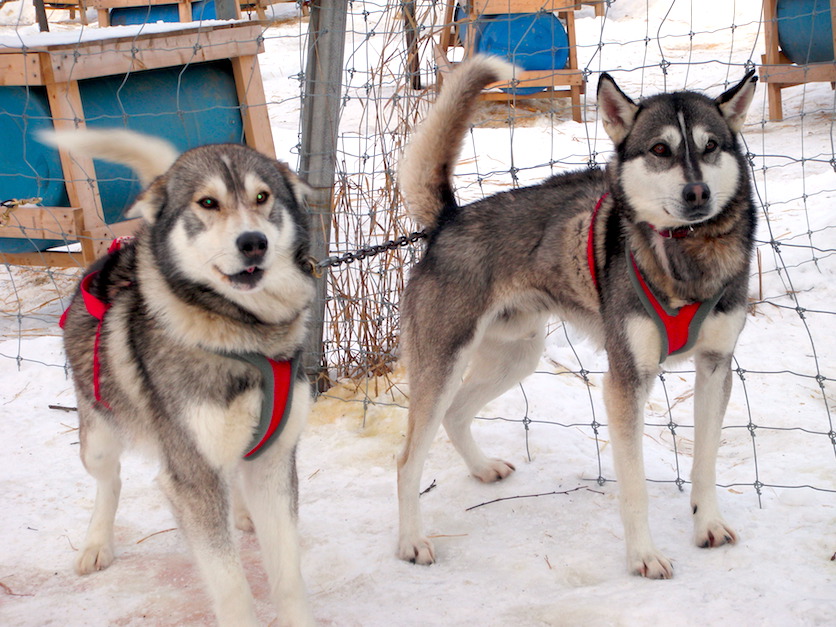 All these powerful dogs want to do is run and run and then run some more. Photo (c) Tom Adkinson.

“Unless you’re the lead dog, the scenery never changes.”

OUTSIDE QUEBEC CITY – That axiom from the world of dogsledding doesn’t apply if you’re the musher. Standing on the runners of a sled with six or seven powerful, yelping dogs in front of you offers a commanding and ever-changing view. For any novice who is  “behind the wheel” so to speak, it’s a daunting view, too.

Open fields and quiet forests of maple, cherry and birch trees are the setting for the park’s trail system, where you can try this exhilarating sport. The quiet, of course, is shattered by the near-constant baying of the harnessed dogs when you are on the trail. 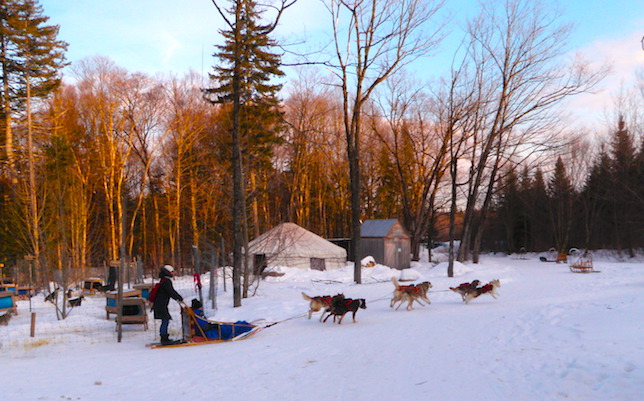 A dog team has no problem pulling a pair of excited humans. Photo (c) Tom Adkinson.

When you step out of your vehicle at Aventure Inukshuk, you are a few hundred yards from a compound where more than a hundred baying, howling, yelping canine athletes await you.

“All they want to do is run,” said owner Carol Lepine, a big man who seems far less bothered by the cold than his guests do.

Lepine is proud that he runs only small trips – a maximum of three sleds, with the lead sled guided by a highly trained dog handler.

The guide on my trip was Joe, and I stood on the right sled runner while he stood on the left. No one was in the sled’s basket, and it was clear that he wouldn’t have been happy if I had wanted to ride instead of stand with him. A good sense of balance came in handy.

Even though I was traveling with a professional, I still felt like a 16-year-old who had been given the keys to a Ferrari. I could only imagine what the solo drivers in the two sleds behind me felt like. Later, one of them told me he felt as if he was stomping on the brakes of a runaway train.

I’m not a dog person – having a German shepherd bite you in the back at age 8 will do that to you – but I loved Lepine’s dogs. Mixtures of husky, malamute and other breeds, they are powerful, beautiful and smart. 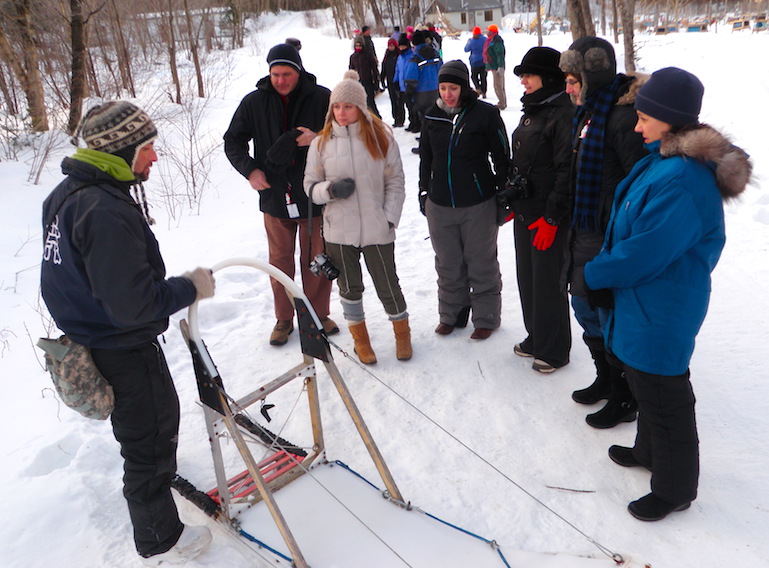 In the winter, they run and run and run some more. After the snow melts, they’re on vacation. A good sled dog can have a 10-year career, Lepine said.

Beyond dogsledding, there are numerous, quieter winter diversions at Station Touristique Duchesnay. Among them: cross-country skiing on 47.5 kilometers of trails, snowshoeing, ice fishing, skating and spa treatments.

There is lodging, too, if you want to add some Mother Nature time to an urban visit to Quebec City. 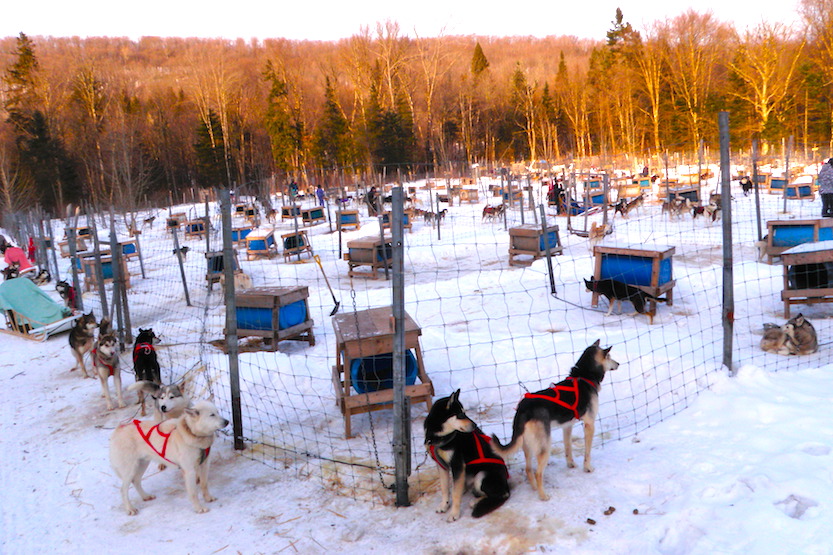 Scores of canine athletes are kenneled in anticipation of runs through the forest. Photo (c) Tom Adkinson