Travel World Radio Show Host/Executive Producer will join legendary Michigan broadcaster Tom Sumner just after 6PM(ET) today, May 09, on Flint’s News Talk 1470 WFNT. A free-flow of ideas, topics, destinations, travel news, the view from Canada…one never knows exactly what Stephen and Tom will find interesting and amusing…but if they find it interesting and amusing, you’ll be sure to as well!! Be sure to tune in, with a special welcome to all of our Michigan friends we’ve met since our first visit to Flint back in Oct/09…and, heading to Troy this coming weekend!

The Holiday Inn at Detroit Airport in Romulus,MI opened in mid 2011…and still has that new hotel smell we all love.  The freshness, the cleanliness….I would have thought it had opened just that very day when I visited two weeks ago.

What makes the Holiday Inn Detroit Airport special is that, for the weary air traveler, one doesn’t have to fit the focus group’s hours of operation…the swimming pool, whirlpool, and fitness centre are open 24hrs a day…there is a convenience/sundries area next to the front desk where one can get snacks and frozen entrees to take back to the room (equipped with microwave ovens and fridges for just such a purpose)…the shuttle to/from DTW is 24/7…and the on-site restaurant, the Sporting News Grill, is open from 0600 to 0200, a full 20hrs, and served up the best club sandwich, brimming with the tenderest and freshest of fillings, joined with melt in the mouth onion rings, and bottomless sodas…not to mention the multitude of beers on tap to enjoy while sporting events air on screens around the room.

Great for our listeners in Michigan and Southern Ontario flying in/out of DTW are the stopover parking rates…for the same price as a regular overnight, you get an additional 7 nights of parking at a parking concessionaire across the street from the hotel.  Considering that parking would have set you back $70 for the week….your hotel overnight is, in effect, half-price, approx. $40-$70 depending on day of week and season.

To top off a spotless room (with a full walk-in shower, so much easier to use than the traditional bathtub with the shower curtain that seems to darken the experience), with free wifi…a stay at the Holiday Inn Detroit Airport is made all that much more hospitable by its welcoming and caring staff, led by General Manager Syed Abbas, making even a short stopover on the airport strip a memorable experience.

A wonderful 3 nights in Central Vancouver Island, from Parksville to Port Alberni 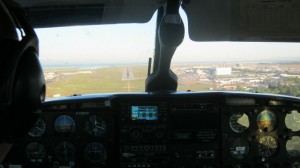 An Airline CEO who “gets it”

In my previous post, I railed against Air New Zealand CEO Rob Fyfe and his arrogant tone when confronted with the fact that his carrier could not be bothered to register its contest for Quebec residents to be eligible…all the while still bombarding us with their inane press releases that would rub our noses in the fact that we could not enter.

Fast forward to last week, when, on June 30th, at a luncheon to mark the launch of Qatar Airways’ thrice-weekly 777 service from Montreal to Doha (from where connections to points throughout the Middle East/Africa/Asia can conveniently be made), QR’s amiable CEO, Akbar el Baker, when advised that a contest being offered on the airline’s website did not allow Quebec residents, his newest source market, to enter…did what has made Qatar Airways the World’s Five-Star Airline…had his team set up a contest that does welcome Quebecers….and, within 7 days, I received a press release that it was up and running.

No excuses…no passing the buck…and this proves that the fee is not so onerous, the paperwork not so overwhelming, that companies cannot be inclusive of the Quebec population.  Do I like the intrusion of government into what should be solely a private sector matter, the Nanny State looking for a cash grab to prop up a deficit-laden provincial treasury, and the incursion of The New World Order into the realm of contests and prizes? No…but any self-respecting company that wants to sell its wares in Quebec can easily register, as Qatar Airways has herewith proven.

It is refreshing in this day and age that there exists an airline CEO like Akbar el Baker, who is hands-on, takes note of customer concerns, and is responsive and respectful of their desires.

Stephen Pickford welcomes you to our broadcast. In November of 2002, Travel World Radio Show was invited aboard Via Rail Canada’s legendary Train No. 1: The Canadian.